Clear the blocks by pushing them together to form lines and score points!

BlockCombers was made as part of the A Game By Its Cover 2021 jam, based on the entries for the My Famicase Exhibition.

The entry that I chose was Puzzle by Jaime Ugarte (twitter: @haimeh_ugarte). Except for creating the inspirational original cartridge image, Jaime wasn't involved with the creation of this game (so don't blame them for any bugs!)

im a big tetris fan, so i had a lot of fun playing this!! great vibes, like the take on the original cart

Thanks - love my tetris too!

Do you think you'll tweak things a little bit to make it a bit easier? I like playing, but it's hard to do more than a handful of tries in one sitting. :p I haven't managed to clear a single line yet...

When I get some time I plan to. Although I’m not really sure how; I might experiment with making the width smaller to it’s easier to make lines (although it increases the chance of getting squished!).

ooo, I do think a smaller width would help. I had a few other ideas, though I'm not sure how easy it would be to implement them:

Thank you for taking the time to respond to my comment! Even if you don't end up getting back to this project, I'm glad you shared what you made. The visuals are clear and cute, and I like the opening theme. :)

Some cool ideas there :)

There are a few ‘fix up a game you already made’ jam, so I’ll peg this for when the next one comes around I have some time for.

Glad you got some lines in the end, there’s definitely some strategies you pick up with a few plays.

Wow! This game has so much character! I love it's simple, yet addictive gameplay. It is insanely difficult, though. I've only had a score of 1 before dying D:

Thanks - I’m glad you liked it!

I know what you mean, it definitely turned out more difficult than I had expected. My high score is only 7, so :P 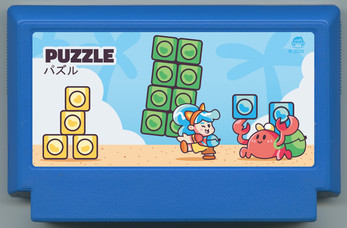 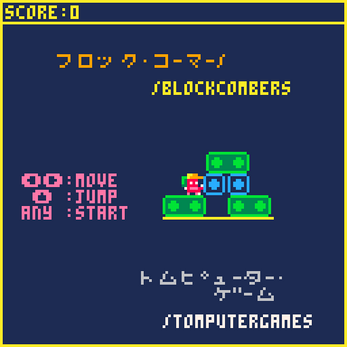 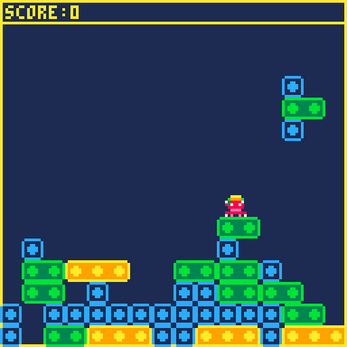 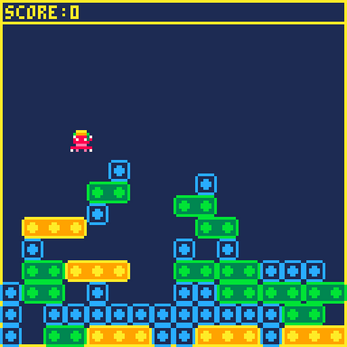 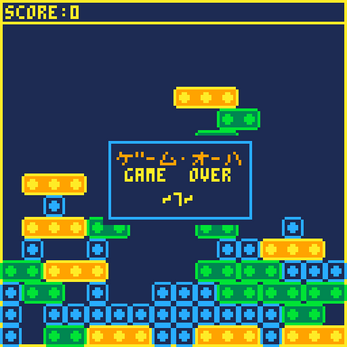